Most people think that Japanese Knotweed (also known as bamboo due to its bamboo-like appearance, Peashooters or Fallopia Japonica) is found in just rural areas, however, you will be surprised to know this is incorrect. Knotweed is in fact very prevalent in built-up areas, towns and cities across the UK, and Bristol is one of the “worst” cities in the UK for Japanese Knotweed infestations.

How do you Identify Japanese Knotweed?

Can be identified by their heart or shovel-shaped leaves which have a point at the tip and are staggered on the stem. There is normally one stem per node which creates a zig-zag growth pattern. The leaves are a rich bright green colour and can grow up to 20cm long.

Japanese Knotweed Flowers are long clusters of creamy white flowers which will appear towards the end of summer and early September. The clusters can grow to around 0.5cm wide and up to 10cm long. The green heart or shovel-shaped leaves stay as the flowers grow and this results in thick foliage.

Japanese Knotweed Rhizomesare is the root of the plant which grows extensively underground. The stem is dark brown and the inside of the stem is an orangey-yellow colour. Fresh stems will be crisp and will snap easily. The rhizomes can grow 3 metres in-depth and up to 7 metres horizontally from the original plant. This is the part of the weed which will most likely spread and just one tiny fragment (as little as 0.7g) will create a new knotweed plant and the process starts all over again.

A Japanese Knotweed Stem can grow up to 2-3 metres tall, sometimes more, and they look similar to Bamboo which is why it is often called bamboo. They have nodes and purple speckles and as the weed matures the stems inside become hollow, making them easy to snap especially during the winter when they become very brittle.

Japanese knotweed grows fastest during the springtime and can reach 3 metres high and more. Its new shoots emerge with a red/purple tinge and are often referred to as looking like asparagus spears. The leaves normally roll up and are dark green or tinged with red.

By early summer, the plant is fully grown and can reach over 3 metres tall and by late summer clusters of creamy white flowers, will appear.

In Autumn the leaves start to turn yellow and will wilt, however, the density of its leaves remain. It can still be over 3 metres high and the hollow stems start to turn brown.

At the beginning of winter, the knotweed canes will die off, but don’t be fooled by this as it is still very much alive, it just isn’t actively growing. The leaves will change to a yellow colour, then into brown and fall off. The hollow canes become dark brown and brittle and they give way against each other, falling to the ground. In springtime, as the weed starts to actively grow again, you will see the previous year’s canes lying underneath the foliage.

A property firm which allowed a jungle of knotweed to grow into an 8ft-high jungle has been fined £18,000 in the first prosecution of its type.

The invasive plant has been spreading for 10 years and was blocking light to neighbouring homes.

Lawyers for the council believe it is the first time the Anti-Social Behaviour, Crime and Policing Act 2014 has been used to tackle nuisance overgrowth.

Amie King moved into a property in Ash Road, in the Horfield area of the city, in 2007 and soon became plagued by “the forest next door”.

She told BBC Radio Bristol: “It’s worrying because it can affect the sale of our properties, mortgages – it’s the stress of it all. You don’t have anyone to help you.

“We had no idea what it was and were unsure of what exactly it was overgrown with – just big green plants. It’s like a forest, my children refer to it as ‘the forest next door’.

“We went through the council and for years they were unable to do anything because legally they didn’t have anything to use.

“For years and years, we’ve been banging our heads against a brick wall feeling like no one can help.

“The neighbours were completely fed up.

“They were delighted as I was to hear about this new law which the council can now use to prosecute private landowners. It hadn’t been used before in England.

“It’s really encouraging that not only did council agree to prosecute on our behalf we have also had a great result from it. This should fill people with a lot of confidence.”

MB Estate Limited was served with a community protection notice in May 2017 but, after failing to comply, were prosecuted using the Anti-Social Behaviour, Crime and Policing Act 2014.

The company didn’t attend the hearing or sentencing and was fined £18,000 plus costs in its absence at Bristol Magistrates Court on December 4.

Councillor Kye Dudd, a cabinet member with responsibility for regulatory services, said: “Using this new Anti Social Behaviour Crime and Policing Act 2014, we suspect it is the first time a case like this has gone forward under that act.

“We became aware of this case back at the end of 2014 – the normal process is we try and resolve things informally with discussion and we have had hardly any engagement from this company.

“There was a no show at court so it was issued in their absence.

“It’s pretty poor behaviour which was maybe taken into account when the magistrate issued the fine.

“It is unfortunate the council needed to resort to formal action, but we hope that this sends a message that appropriate action will be taken, when necessary, to protect the public.

“Knotweed has the potential to cause a significant nuisance to property owners, causing structural damage as well as anxiety over the effect on property prices and the ability to secure a mortgage.”

The firm was issued with a court order requiring it to remedy the situation and the knotweed has now been cut back.

Japanese knotweed was introduced to the UK around 200 years ago as an ornamental plant but is now common and widespread. It is “indisputably the UK’s most aggressive, destructive and invasive plant”, according to the Environment Agency.

Under the provisions made within Schedule 9 of the Wildlife and Countryside Act 1981, it is an offence to cause Japanese knotweed to grow in the wild.

Since 2013, homeowners selling their property are legally required to state whether Japanese knotweed is present on their property.

This can make it difficult for buyers to obtain a mortgage due to the structural issues the weed can cause. 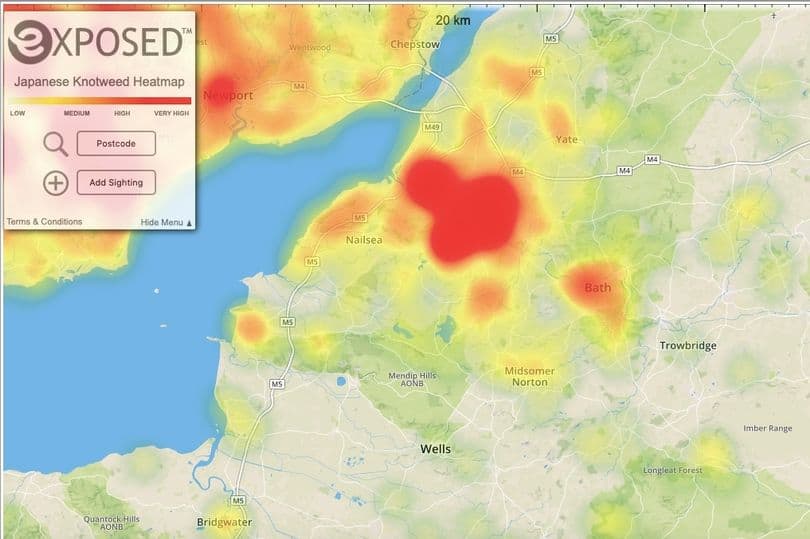 What should you do if you think you might have Japanese Knotweed on your property?

If you find or think you have Japanese knotweed in Bristol it is your responsibility to control it, although you are not legally required to remove it. If you don’t remove it or control it then it will spread rapidly and if it spreads onto someone else’s land or public land or property it will be your responsibility. Removing or disposing of Japanese Knotweed without experience and knowledge will cause it to spread and this is the illegal point, so it is vital that it is dealt with by a Knotweed NPCT qualified specialist who can advise you on the most effective way to control or remove it.

It is important that you use a Japanese Knotweed Specialist as there are several plants that are often mistaken for it, including:

There are many myths that say you can remove Knotweed yourself, however, it is extremely difficult and there is a likelihood you will cause it to spread which is illegal.

You should always work with a Knotweed Specialist who has the experience and qualifications to control and remove it safely and successfully. Any specialist you use should be an NPTC qualified person or business who is trained to use the chemical substances needed and this is due to new legislation which covers the management, and removal of Knotweed.

There are lots of stories relating to Japanese Knotweed and the damage it can cause, however, it is just one of many plants in the UK that can cause problems to land, buildings and other structures. Other perennial plants can cause similar or worse damage to buildings and underground services and structures.

We cover the whole of Bristol, South Wales (including Swansea, Cardiff and Newport), West Wales up to North Ceredigion & Powys and throughout South Glamorgan, Gwent & Tenby. We also work in the West Country, as far North as Shropshire and into the Midlands & Birmingham areas.

We are a fully qualified Japanese Knotweed Certificated Surveyor (JKCS) and we specialise in controlling Japanese Knotweed, other invasive plants and ‘general nuisance weeds’ which are found in the UK for residential and property development sites.

If you think you may have Japanese Knotweed in Bristol, call us on 01269 591651 and one of our experts will be able to answer any questions you may have or will arrange a no-obligation survey for you.

How do you find a qualified Japanese Knotweed Specialist?

The Royal Institution of Chartered Surveyors (RICS) has worked with the Property Care Association (PCA) to establish the PCA Invasive Weed Control Group (IWCG) trade body for Japanese knotweed specialists, which provides a register of vetted consultants and contractors which can be found here.

Invasive Non-native Specialists Association (INNSA) maintains a membership list of contractors and consultants which can be found here.

The British Association of Landscape Industries (BALI) has a directory of members offering invasive weed control which can be found here.

Trustmark Government Endorsed Standards has a ‘Find a Tradesman’ scheme including invasive weed controllers which can be found here.

Professional Japanese Knotweed Removal and Control Companies will report on the risk of any Japanese Knotweed found for mortgage purposes offering suggested treatment plans and insurance-backed guarantees where it is needed. 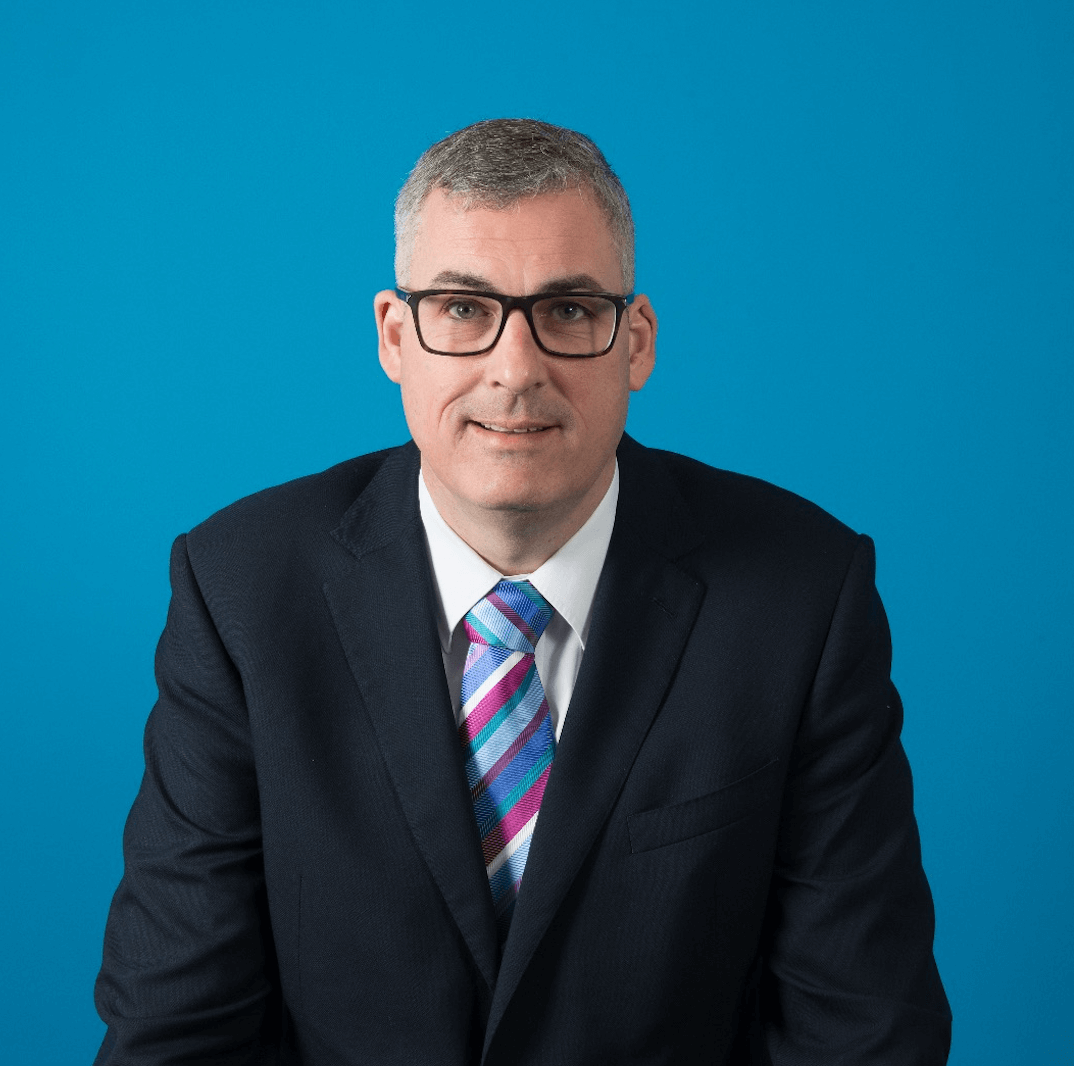